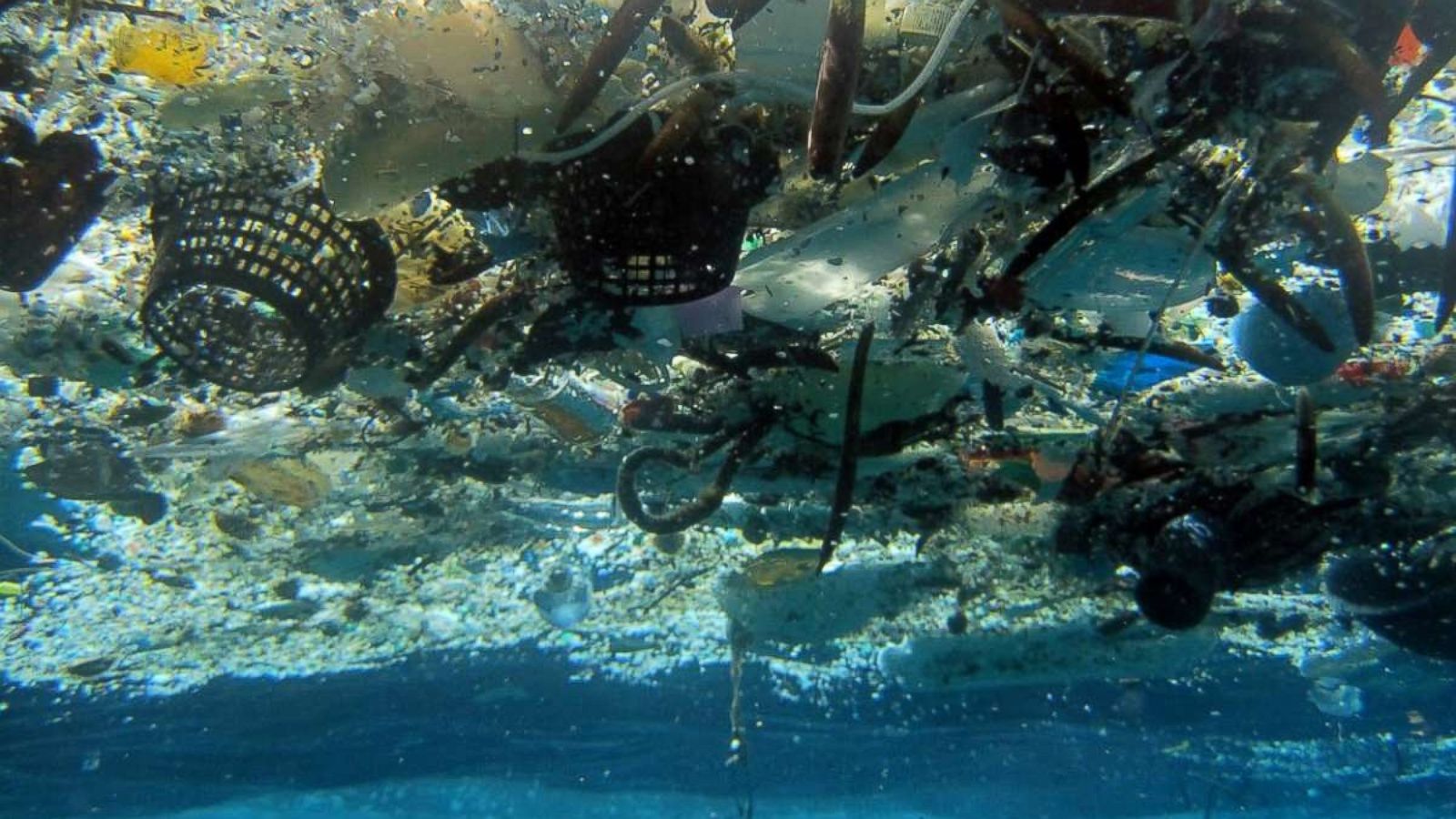 Posted on February 2, 2022 in Updates by Christian Shaw

What Is The Great Pacific Garbage Patch?

In 1997, yachtsman Captain Charles Moore participated in the famous Transpacific Race from California to Hawaii. A lover of the ocean, Moore decided to take the “scenic” route on the way back to California. He meandered south from the normal path, where he was shocked to discover an unexpected view. Instead of blue skies and rolling waves, Moore found himself looking out on a field of plastic!

But first, let’s talk about gyres!

What Is A Gyre?

According to National Geographic, “a gyre is a circular ocean current formed by the Earth’s wind patterns and the forces created by the rotation of the planet.” Think of an ocean gyre like a massive whirlpool that slowly sucks everything into its middle. Over the course of years, ocean gyres slowly pull plastic and other debris into their center. As trash accumulates there, a garbage patch is formed.

Now the Pacific isn’t the only ocean with a gyre. In fact, there are five major ocean gyres on our planet, and each has a respective garbage patch. The largest garbage patches are in the Indian, Pacific, and Atlantic Oceans.

Since the discovery of the Great Pacific Garbage Patch in 1997, Captain Charles Moore has devoted his life to raising awareness around ocean pollution. However, each year the garbage patches in our oceans collect more and more plastic. Moore’s organization, the Algalita Foundation, has done incredibly important work, but there’s so much more to do!

Let’s Clear Up Some Misconceptions

The Great Pacific Garbage Patch often gets described as a patch of plastic the size of Texas, and this conjures up images of the massive floating island we mentioned earlier. But according to the NOAA (National Oceanic and Atmospheric Administration), the reality is a little more complicated than that…

Plastic often takes years to travel via ocean currents to a garbage patch. Over the years, the combination of sunlight, air, and water breaks the plastic into tiny pieces called microplastics. These particles mix with ocean water to create what could more accurately be described as a soup than a patch. Instead of floating water bottles on the surface of the ocean, there is actually a murky cloud of plastic bits suspended beneath the surface. The shape and depth of this “soup” vary from day to day.

So although comparing the Great Pacific Garbage Patch to the size of Texas accurately reflects the scale of the problem, it is still unknown exactly how far and deep the garbage patch reaches. Although there are some larger, floating pieces of plastic waste from passing ships, the majority of the plastic in the Great Pacific Garbage Patch is in tiny pieces beneath the surface.

Trying to reverse plastic pollution in our oceans is no small task. Ocean Cleanup is one organization taking on the monstrous problem of plastic pollution. In recent years, they have raised important awareness through their ambitious plan to clean up garbage patches.

Unfortunately, the scale and depth of these garbage patches means clean up will be a massive undertaking. Ocean Cleanup is also focusing on cleaning major rivers, which is more feasible and effective in the short term. Since river plastic hasn’t had as much time to break into microplastics, it is larger and easier to collect. Much of the plastic that enters the ocean gets there via river, so intercepting plastic before it reaches the ocean is a smart plan!

However, plastic removal isn’t enough to solve the issue. Even if we were able to completely clean up the soupy garbage patches in our oceans, all that plastic would need to go to a landfill. In addition, more plastic is continually being consumed and discarded, and so much of that plastic will find its way to the ocean.

Believing we can simply clean up the Great Pacific Garbage Patch can also shift emphasis away from the root of the issues: unhealthy personal and societal habits around waste and plastic. A real, long-term solution must involve upstream changes. Plastic Tides focuses on creating cultural and legislative changes to eliminate single-use plastics. By aiming to cut the problem off at the source, we hope to create a world in which plastic waste is a thing of the past. Until our culture’s plastic consumption is reigned in, ocean clean-up is a losing battle.

Each of us has a role in creating a plastic-free world. If you aren’t sure where to begin, check out 5 easy ways to reduce personal plastic use right now. Once you have some facts, try starting conversations with friends, family, and classmates around plastic use. It might seem small, but a little passion can go a long way! Together we can make a difference and move toward a healthier planet!

Sue Kemp was a long time supporter and advisor for the Plastic Tides team before joining the board in an official status. Sue is a respected interior designer by profession, but her skills and insight support her prolific civic engagement. As a Bermudian, Sue is well connected in the local community and has provided valuable advice and direction to the organization.

26-year-old Environmental engineer bachelor from Peru. Researcher and passionate about the environment. Trying to solve the plastic pollution problem through new inventions and engineering. Languages, music and horror movies fanatic.

Wishka Tilakaratne is a B.A. student at the University of Colombo where she is interested in majoring in English. She is also studying Law at the University of London. She is keen about social issues including gender inequality, environmental pollution and poverty. She aspires to pursue a career in the legal field and focus on human rights. Wishka lives in Colombo, Sri Lanka.

My name is Katy Wicks! I live in Moscow, Idaho and attend to the University of Idaho. I love spending time outdoors, but when I am not I can usually be found doing graphic design projects, listening to podcasts, or making vegan snacks. I have always loved the ocean and been obsessed with everything about it, I see the ocean as a whole world outside of our own. I am super passionate about saving the ocean and all the creatures in it so many generations can experience the feeling of putting a dive mask on and discovering another world.

Hi there! I’m Rhe and I am a junior organizational communications major at the University of Portland. Besides sustainability, I also love creating delicious vegan recipes and messing around on my yoga mat.

Emily is a student at the University of Richmond, in Richmond, VA (not directly on a coast, but not far!), focusing on Environmental Studies and Business Administration. She is passionate about raising awareness of the need to protect our waterways and encouraging a sustainable environment for all. Emily always has a reusable water bottle with her, as well as reusable bamboo cutlery and does her best to avoid single use plastic! Emily lives just north of Chicago, three miles west of Lake Michigan. In the summer, when not working (or traveling), she is at the beach, sailing, SUPing, kayaking, or swimming, and also loves to hike whenever she can find some mountains